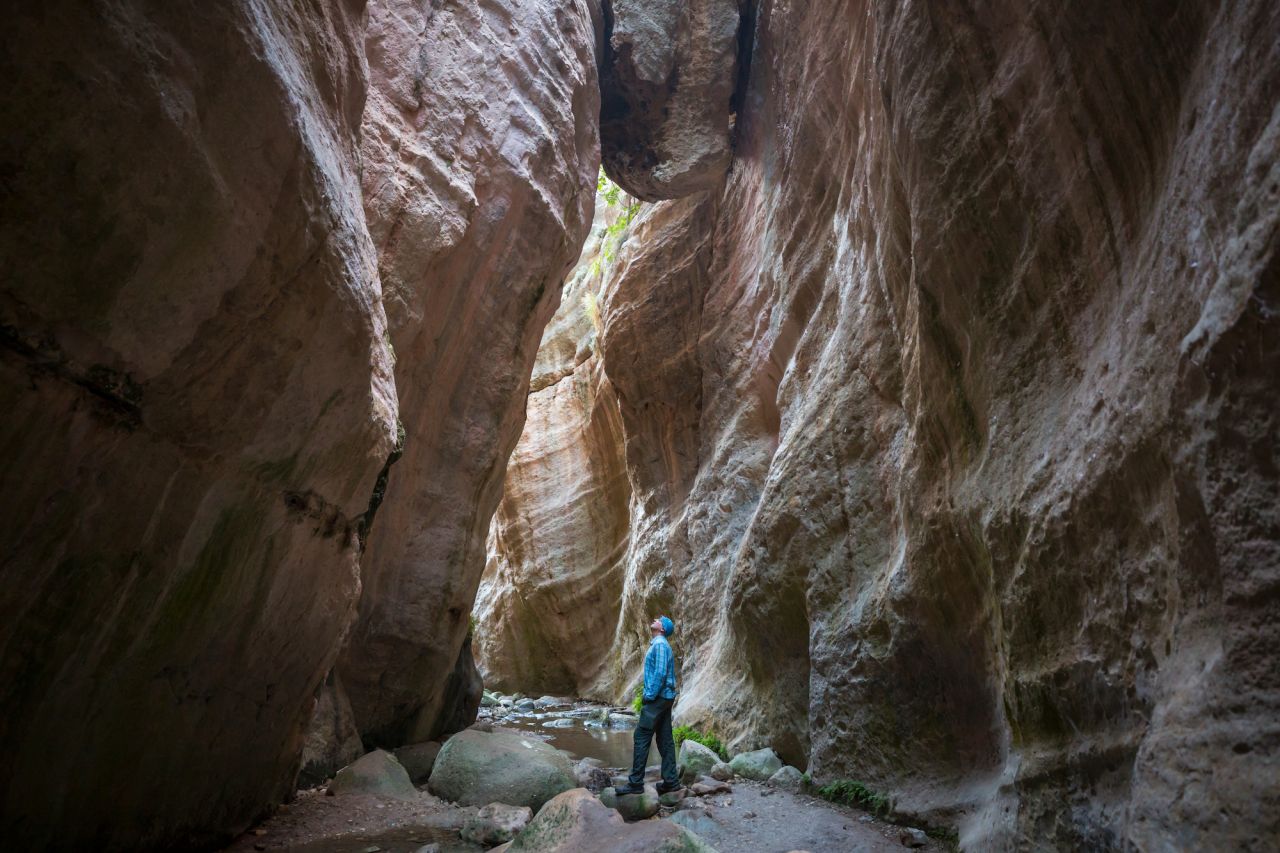 The Akamas Peninsula is incredibly famous for its rich flora and fauna. Different species grow in this region, especially the favorite endemic plant called Centauria Akamantis, a purely Cypriot shrub. The plant in question is an essential part of the place we will refer to in this article: the Avakas gorge.
This beautiful landform is located 16 kilometres from Paphos, at the beginning of the Akamas Peninsula. It is highly sought after by tourists who want to do outdoor activities, especially hiking enthusiasts. The gorge is among the most beautiful canyons in Cyprus.
The Avakas gorge resulted from a raging current that flowed over the limestone thousands of years ago, creating walls up to 30 meters high and magnificent rock formations. To get to this site, you must take a paved road in the Akamas Peninsula direction. Upon arrival, a hike is through a 3 km long gorge, dominated by cliffs often 30 meters high.
Due to its formation, this gorge is considered one of the most difficult for hiking. Except for its rocky surroundings, there are slippery spots and lots of rocks and stones that visitors must climb to continue their way. It is an indescribable walk where one finds all kinds of rocky shapes and many colours. It is essential to know that this walk is not recommended in rain threats since the current within it can become a torrent.
As mentioned above, a diversity of trees and plants occur within the gorge, including the Centauria Akamantis. The Akamas peninsula is ideal for lovers of trekking, nature, sports, and biodiversity.
The gorge’s height varies from 45 meters at its beginning to 150 meters in some interior sections. It has running water throughout the year thanks to the Avgas River, which allows you to appreciate lush vegetation. Without a doubt, an impressive landscape taken from a fairy tale.
The Akamas Peninsula is a promontory and cape in the extreme north-west of Cyprus, covering an area of 230 square kilometres. Ptolemy described it as a densely wooded site, divided in two by the peaks that rise to the north. The peninsula is named like a Theseus son, the hero of the Trojan War.
There is a great diversity of flora and fauna. The European Environment Agency designated it as one of the 22 regions of endemism in Europe. Until 20 years ago, the British army and navy used the peninsula for military exercises and firing ranges. Under the 1960 Establishment Treaty, the British Army could use the area for only up to 70 days a year.

How to get to Avakas Natural Gorge trail