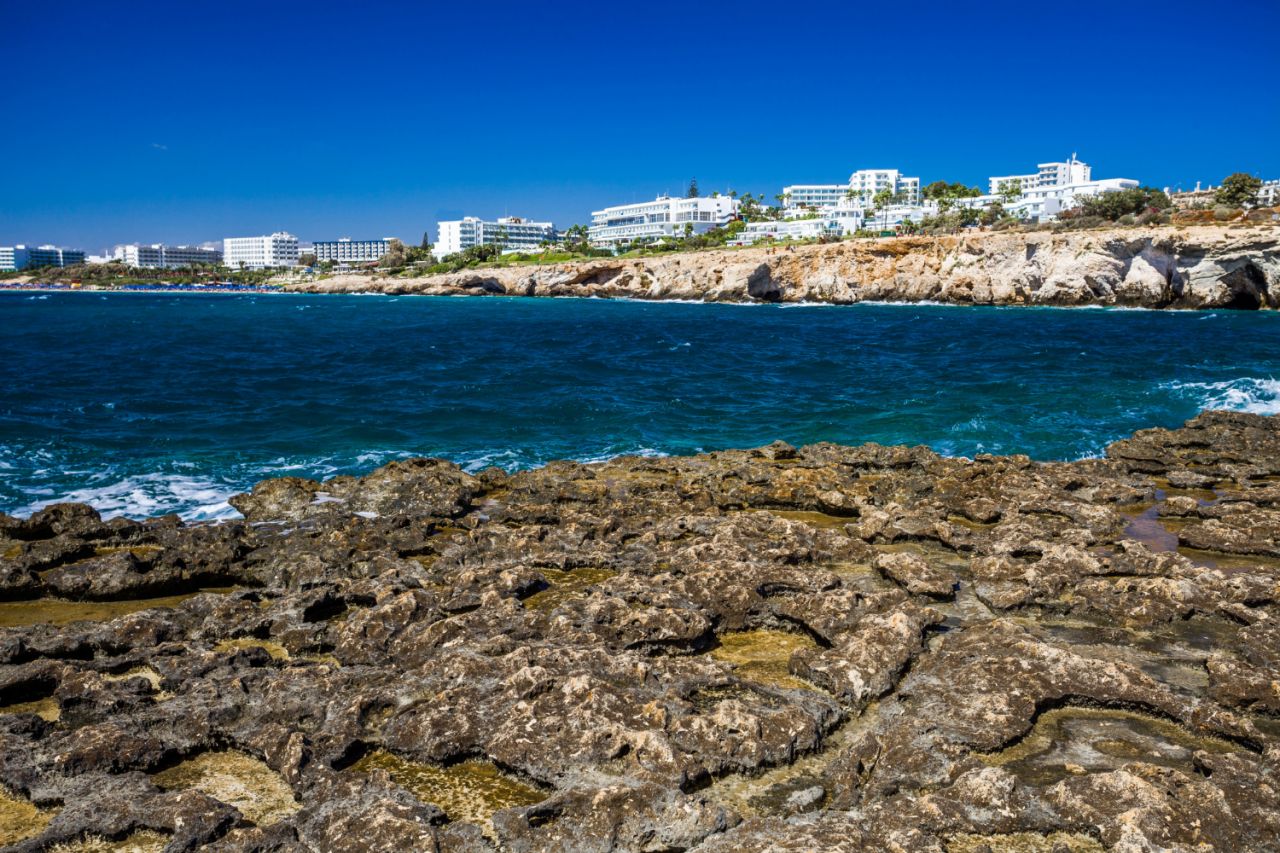 In Famagusta, everything is history. And a mystery. Archaeological remains are found everywhere, reflecting that turbulent past of confrontations and disputes. Few know it, but the port of Famagusta was one of the deepest in the Mediterranean in ancient times. That particularity earned him the love and hatred of many. Who would have imagined that this love and hate would continue to be present in Famagusta and the 21st century?

It is good to know that the old walled city is under Muslim control, reminiscent of those disputes that have been going on for centuries and will one day end. In the Middle Ages, Famagusta was one of the most important ports in the Mediterranean and a gateway for trade on the Silk Road.

With its nearly 50,000 inhabitants, the city has its own dynamic and imprint. It still preserves features of a not-too-distant past in many of its corners, as if they were old black and white postcards. According to some historians, Famagusta was founded by Ptolemy II in 285 BC. C. Of course, archaeologists, had difficulties so far to testify to this information, and the remains that are known are from the eighth century. Beyond this question, the city was so important in the crusades that here Guy de Lusignan decided to crown himself king of Jerusalem and Cyprus in 1191.

By 1342 it was considered one of the wealthiest and most influential cities in the world. Obviously, the favorable conditions of its port allowed the purchase and sale of merchandise to develop urban planning and modernization of the city.

Today, Famagusta is one of the most prosperous cities in the east of the island. Its main economic activities are found in tourism, education, and industrial production. Its historic port continues to be one of the primary sources of income for the city. At the same time, it employs thousands of people. Likewise, it should be noted that there is an international embargo that limits income considerably.

Like any populated city, Famagusta has an exciting academic and cultural activity, with important educational establishments. Among them, we find the University of the Eastern Mediterranean. This university is an excellent generator of employment and a source of literary inspiration for many people. On the other hand, it is worth highlighting two important industrial zones: the large industrial zone and the small industrial zone. It also happens with the city's commercial activity, which seems to preserve the merchant spirit that always characterized the ports of the Mediterranean Sea.

Without a doubt, the jewel of the city is formed by its walls. Inside the old town are unique buildings, admired by the thousands of tourists who visit the city every year. Hand in hand with tourist growth, Famagusta has developed a lovely nightlife, especially in summer. A picturesque fact of the old town is given by Othello Castle, the scene of the homonymous play by William Shakespeare.

The Famagusta fortifications are a series of defensive walls and other fortifications that surround the city. These thick walls were built in the 14th century, during the Lusignan kingdom of Cyprus. It is worth adding that they were redesigned in the following centuries before the attack of the Ottoman Empire in 1571. The fortifications resisted for almost a year until they finally had to capitulate to the Ottomans.

At present we can see that the damaged parts of the walls are repaired. Over the years, the city grew outside its borders, and buildings of different architectural styles were built. Although most of the buildings within the old city are in disrepair or demolished, the fortifications are still in relatively good condition. And this is one of the main attractions that Famagusta must show, a city that over the years has proven to have an invisible force that allows it to continue standing, being an enormous testimony to the history of Cyprus.