Halloumi probably the most famous product in Cyprus 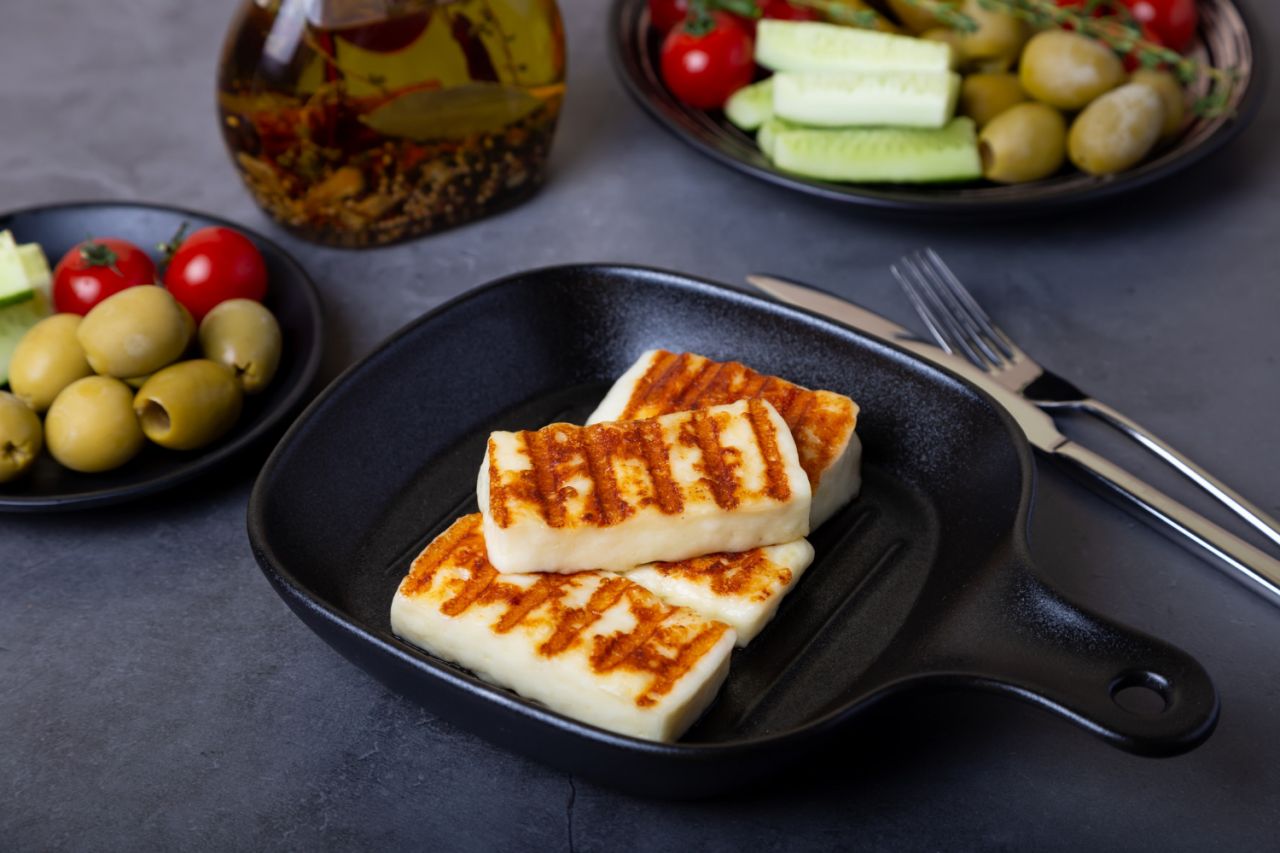 Halloumi is a semi-hard cheese made from fresh sheep's and goat's milk. It has an elastic and fibrous texture, derived from a curd that is cooked, put in brine, and to which mint is sometimes added. Mint is key in its preparation and acts as a protector to prevent the proliferation of bacteria. This cheese is world-famous and is probably one of the best-known Cyprus products outside the country.

This cheese differs from others in its high melting point: it resists melting in the heat. When halloumi cheese is grilled (or fried), the outside is toasted and tastier, while the inside maintains its smoothness, tender but resistant to chewing, which is also pleasant to the palate. In this way, it is used in many dishes, fresh or cooked (grill, grill, sautéed, fried ...), at breakfast or as a meze, accompanying falafel, hummus, and pita bread among other things. It can also be consumed fresh at room temperature, forming part of a cheese board and a sandwich. Anyway, do you want to taste this cheese like a real Cypriot? Then do not stop presenting it fried, with a few drops of oil and accompanied by a drizzle of lemon and some mint leaves, or in slices mixed with melon and watermelon. Cypriots often eat halloumi with watermelon in the hot spring and summer months.

Due to its geographical position, Cypriot gastronomy is linked to Mediterranean cuisine. This is why halloumi cheese is also very popular in Greece and Turkey, where it is part of the main recipes. The same happens in some places in the Eastern Mediterranean. The first references to this type of cheese appear in 1554 BC. It is believed that its name comes from an ancient Greek word that would mean salt, although other versions say that the word halloumi would derive from the Arabic "khllum", which means cheese.

Artisan halloumi cheese is usually round and weighs between 150 and 350 grams. The most easily found in Cyprus stores is usually in rectangular blocks, in a presentation like feta cheese but thicker. Regarding its nutritional values, it is like other uncured white pasta cheeses. By the way, it is not usually an expensive cheese, especially if it is purchased in a supermarket.

At present, except in places in Cyprus where it is still made traditionally, halloumi has been incorporated as part of cow's milk in its composition to reduce production costs. In any case, adding this extra ingredient to goat and sheep milk has caused a problem. The registration process at the European level to obtain the PDO quality mark is paralyzed, pending a resolution for the final possibility of adding or not the cow's milk to the cheese.