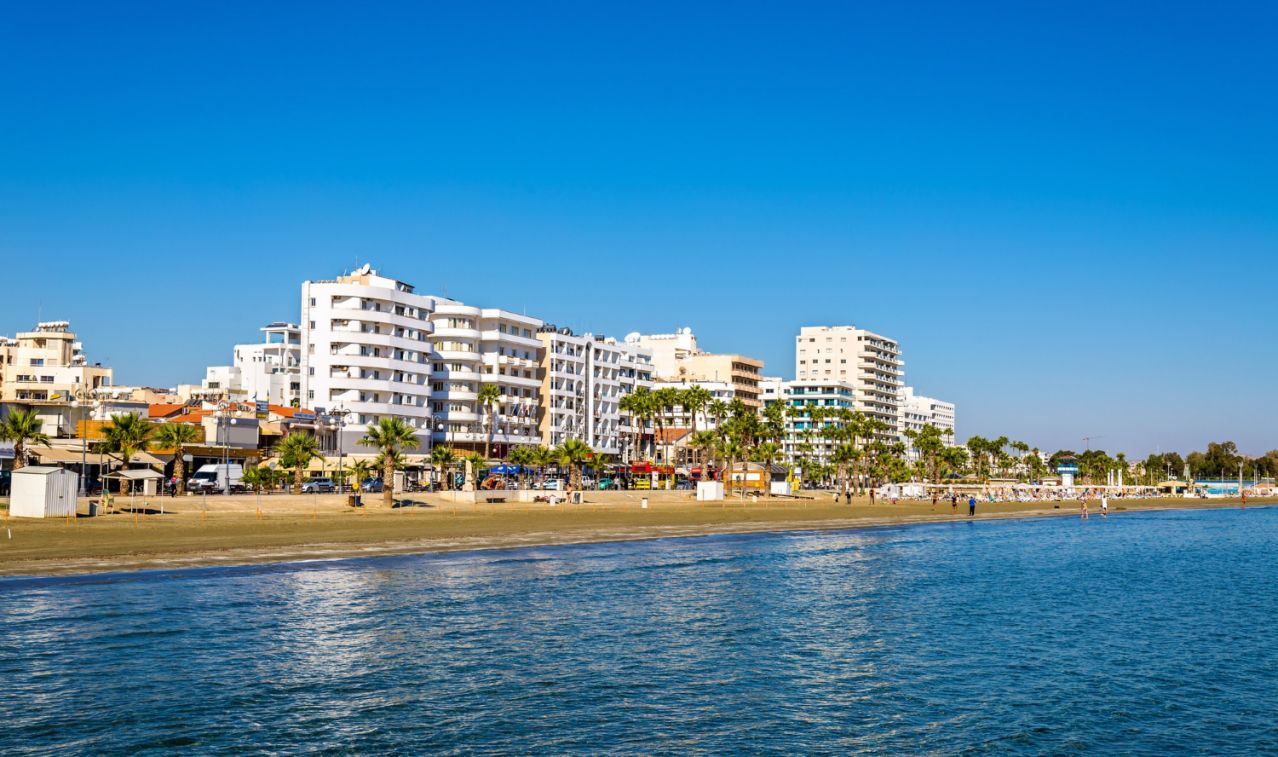 For many, Larnaca is the gateway to Cyprus. With more than 75 thousand inhabitants, this city is the third most populated on the island. So why is it said to be the gateway to Cyprus? Basically, because it has the largest airport, located a few minutes south of the city. There, regional and international flights land and take off to Europe, the Middle East, and North Africa. We must not forget that we are talking about a strategically located airport in a central place on the Mediterranean Sea.

History tells us that this city was founded by the Phoenicians almost 4,000 years ago. Like many cities in Cyprus, Larnaca underwent various changes over the years. This was due to natural phenomena or issues specific to its inhabitants. We can say that until 50 years ago, Larnaca was a little-known place on the island. The Turkish invasion of 1974 led to the construction of its airport, and from there, its population developed rapidly.

At present, the city has been achieving a tourist identity that is growing little by little but steadily. It has many historical locations, which show the old style of the island. One of those places is the tomb of Lazarus, about which we refer in our post: Saint Lazarus from Judea to Larnaca (Read article Saint Lazarus from Judea to Larnaca). Another site of interest is the famous Larnaca Castle, built at the end of the 12th century. This fortress is part of the city's boardwalk and is located next to the sea.

Larnaca offers a wide range of investment opportunities. In recent years, the Cyprus real estate industry has been looking to this location, which shows a wide variety of houses, villas, studios, and apartments to buy or rent. Cyprus marketplace is very dynamic, and in the long term, it is showing high-quality investment alternatives. And Larnaca is no exception. Even for those who think of commercial properties, given the proximity to the international airport.

A well-known real estate agent referred to Larnaca as a perfect place to live with the family. As it is not a properly tourist city, many see it as a good alternative for a quiet life, with all the comforts and conveniences of developed cities. This is undoubtedly one of the best-kept secrets in southern Cyprus.

As we said, Larnaca airport is the most important in Cyprus. Its name is Glafcos Clerides, in recognition of the Cypriot president between 1993 and 2003. This airport had a movement of 8,229,346 passengers (2019) Before the beginning of the Covid19 pandemic. A figure that had been growing since 2014. More than 30 airlines provided their services pre-pandemic—even two cargo flights a week to New York. But, as we well know, all of this has changed.

In any case, it is not only aeroplanes that fly to Larnaca. The famous lakes of Aliki, Orphani, Soros, and Spiro host huge colonies of colourful pink flamingos every year. This fantastic expression of mother nature brings bird-watching fans to the lakes to enjoy the presence of up to 15,000 flamingos per season. Between November and March, its arrival occurs, captivating locals and strangers with its beauty, as we tell in our post: Flamingos in Larnaca (Read article Flamingos in Larnaca).

The best time to observe flamingos and other birds is from the beginning of winter until spring. In those seasons, the lakes fill with seawater, receiving numerous migratory species. In summer, especially in the hottest months, the water evaporates, causing the salt to show different reflections on its surface.

As a picturesque fact, we find that the Kataklysmos Festival is held annually in Larnaca. It begins fifty days after Easter and has the peculiarity of dedicating itself to the celebration of Noah's salvation in the universal flood. Another reason to get closer to knowing this piece of culture and tradition is that Cyprus's island has.