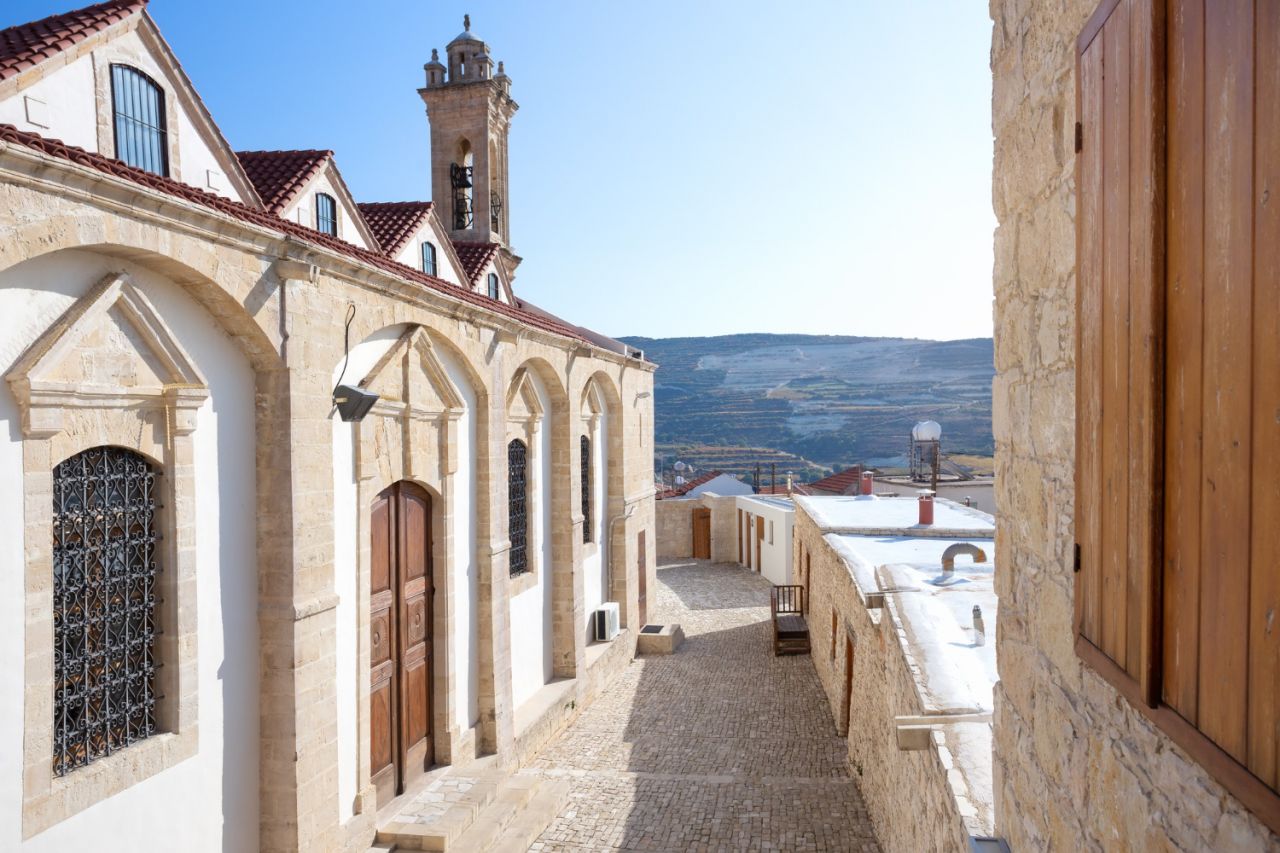 Kykkos Monastery is one of the most iconic sites in Cyprus. Throughout history, it has occupied a central place in the island's future. To find its founding date, we must go back to the 11th century, the times of the Byzantine emperor Alexios Kommenos. His foundation finds the foundation stone in Saint Isaiah, who dwelt in the mountains of Marathas. His relationship with the island's commander, Manuel Boutimis, and a series of miraculous events, described in the monastery's ancient manuscripts, explain the origin of the then glorious and historical place. Kykkos is the most important monastery in Cyprus and is dedicated to the Archangel Michael.

The full name is Monastery of the Royal Saint and Stavropégico de la Panagía de Kykkos. In its name, we find a series of meanings that are worth defining briefly: the term Panagía reflects the sanctity of the monastery and refers to the Virgin Mary. It is also called Royal because its construction was carried out with funds provided by the Byzantine emperor Alexios I Komnenos. Finally, it is called Stavropegico for a cross located on the foundation stone. This last piece of information is relevant since it implies the monastery's self-government within the Cypriot Orthodox Church.

The monastery is located in the Marathasa Valley region. It's on the top of a mountain, at an altitude of 1,318 meters. The main route that leads from Troodos to Nicosia, in the western part of the mountains, is used to get there.

The brotherhood of the monastery has served vital importance in the history of Cyprus. For 900 years, the monastery was the island's spiritual nerve center, playing critical roles at different times, especially during independence.

The monastery has a museum, opened in 1998. Visiting it means taking a trip back in time to Cyprus, admiring the various exhibits. You will find century-old items and items: ancient maps, church items, clothing, engravings, books and manuscripts, and much more. Everything reflects and shows the most important of Cypriot history.

The initial construction of the monastery is from the Byzantine period. Since then, it was rebuilt in the 17th and 18th centuries. It has a church specially erected to house the Holy Icon. It was initially made of wood and caught fire around 1365. From then on, it was built with stone rather than way. Despite this decision, it also suffered fires in 1751 and 1813.

The monastery is richly decorated. Countless chandeliers hang from the various ceilings in the enclosures and rooms. The same happens with the iconography and the furniture. Undoubtedly, the entire monastery functions as a large museum.

The Holy Icon shows the Virgin Mary with hers, her son, her Jesus. It is said that this work was a gift from Emperor Alexios I Komnenos and carried out by Saint Luke. He had two interventions. One in 1576, to be covered with gold and silver, and a similar one in 1795.

Those who wish to visit the monastery can do so from 10 a.m. to 4 p.m. (November to May) and from 10 a.m. to 6 p.m. (June to October). It is important to know that they must do so following the protocols provided for the Covid-19 pandemic.

How to get to Kikkos Monastery