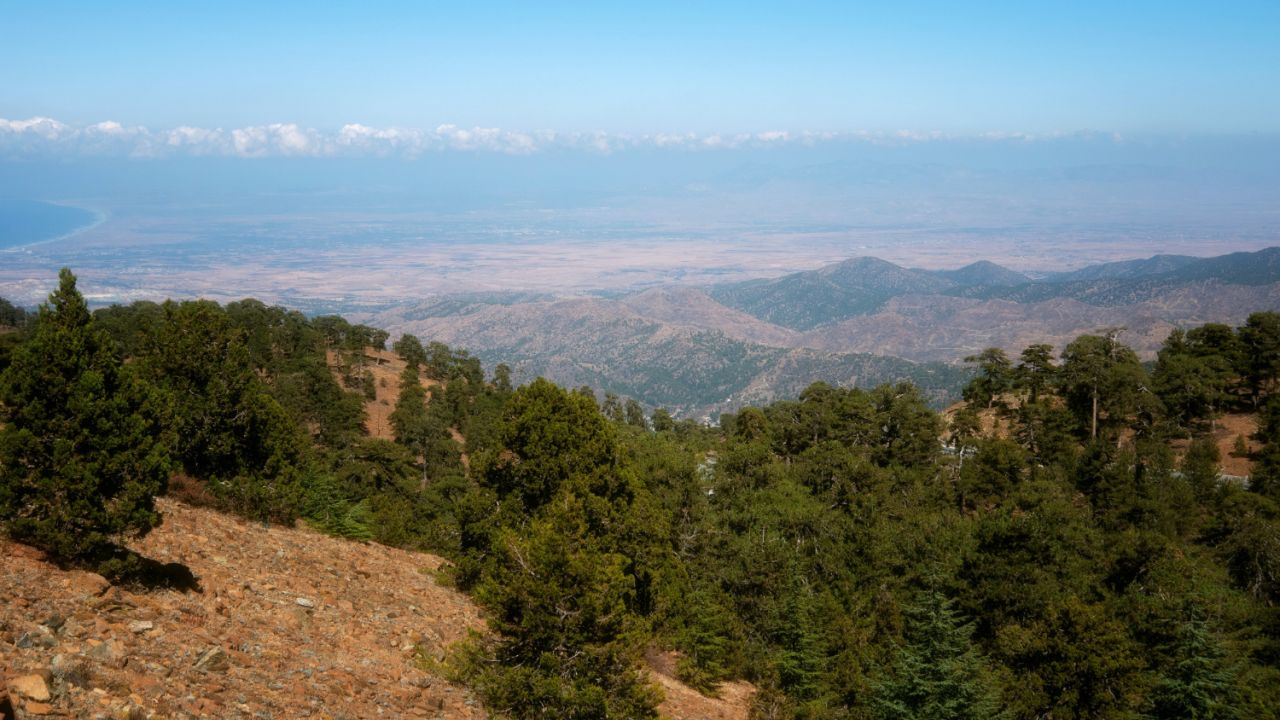 If something defines the island of Cyprus, it is its most extensive mountain system: Troodos. This geographical feature is in the center of the island and has its culminating point on Mount Olympus, with a maximum height of 1,952 meters above sea level.

This great mountainous region is famous both for its geological richness and for its historical value. In its vast extension, there are innumerable monasteries and churches of Byzantine origin, many of which were declared a World Heritage Site by UNESCO.

The well-known Tripadvisor website offers a ranking of the best activities to do in the Troodos Mountains. This list is made from the assessments made by tourists and is arranged as follows:

1. Kykkos Monastery (Panagia tou Kykkou): The Royal Saint and Stavropegic Monastery of the Panagia of Kikkos is the largest in Cyprus and is dedicated to the Archangel Michael. It is strategically located on the main road leading from Troodos to Nicosia. Its history dates back more than 900 years ago when it was built in the Byzantine period. Its interior is richly decorated, with Byzantine frescoes, icons, and chandeliers.

2. Caledonia Waterfalls: they were discovered in 1878 by a Scottish expedition. The waterfalls down a waterfall that is 12 meters high. Access is quite risky, especially when the weather is humid due to the slipperiness of the place. It is undoubtedly one of the most picturesque excursions in Troodos.

3. Lambouri Winery: This is a highly visited boutique winery, making some of the most exquisite wines in the region. The flavor of its wines is unique, internationally recognized by the most prominent winemakers. The winery visit allows knowing the entire production process, which is inherited from generation to generation.

4. Archangelos Michael Church: the church is in the ancient town of Pedoulas. It was built in 1474 and decorated by the artist Minas, a native of Marathasa. This jewel of architecture is part of the UNESCO World Heritage.

5. Millomeris Waterfalls: This fantastic waterfall has a fall of more than 15 meters, one of the highest on the island. For many years it was very little known due to its difficult access. Today it attracts thousands of tourists who marvel at its beauty and the natural environment that surrounds it.

6. Timios Stavros church: this beautiful church decorated with fantastic murals is a UNESCO World Heritage Site. It is in the village of Pelendri. During several opportunities, it was destroyed and later rebuilt. Only the apse of the church remains original.

7. Agios Nikolaos tis Stegis Church: This is an 11th-century Byzantine monastery. The church is the only surviving half-Byzantine katholikon in Cyprus. From the 12th century, it served as a small village church, attended by pilgrims from all over. It was also a UNESCO World Heritage Site in 1985.

8. Mesa Potamos Waterfalls: These waterfalls are in the mountains of Limassol. The cascades from a height of 7 meters, from a river that is twice as high. To get there, you must go through a lush forest.