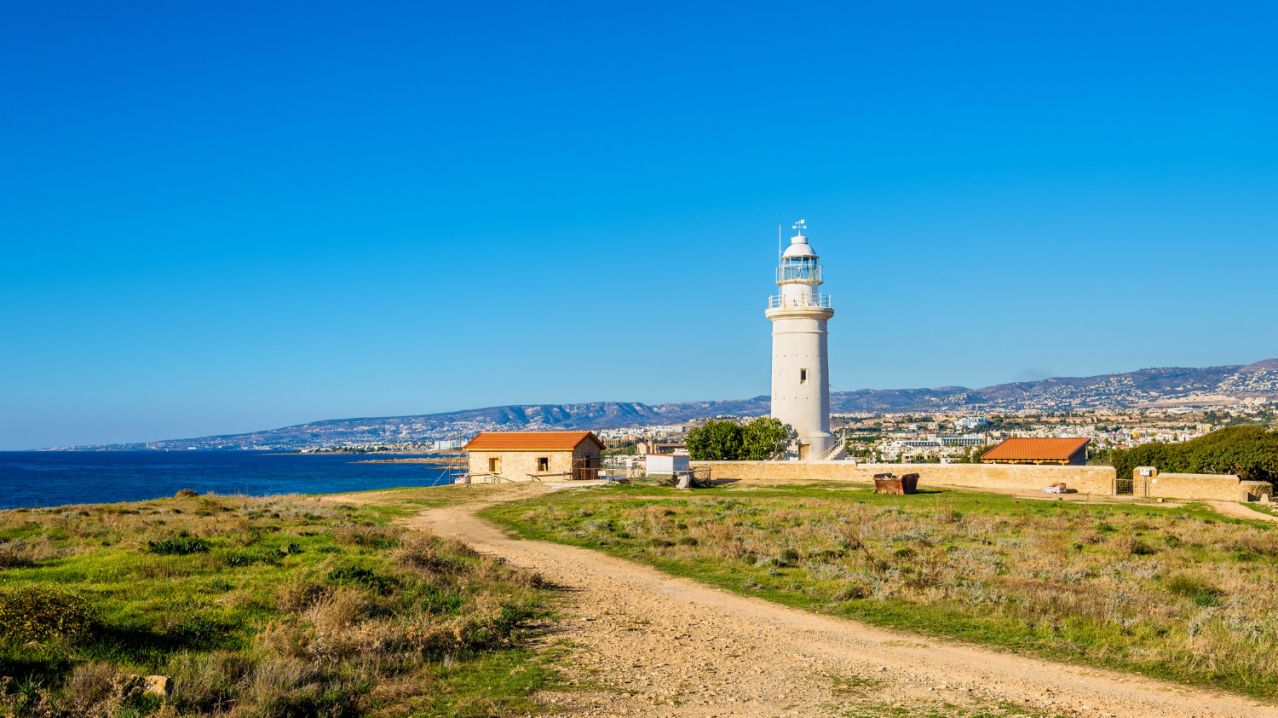 Someone ever referred to Paphos saying, "it's not a place, it's a feeling." And how much reason is in this sentence... On the west coast of Cyprus, Paphos is an ideal place to meet the history, culture, sports, nature, and the most entertaining of the Mediterranean. This city has about 70 thousand inhabitants, distributed in the town proper and along a coast that invites you to enjoy some of the most beautiful beaches of the Mediterranean Sea. This line on the sea extends for more than 50 kilometres, offering a wide variety of beaches and spas, many of them famous, such as Vrisoudia, Municipal, and Alykes, among others.

In recent years, the development of the Cyprus real estate market in Paphos has been enormous. And this on the different tourist attractions that this region offers, a holiday destination par excellence. This is how a wide range of investment opportunities in houses, villas, apartments, and studios have emerged. Property in Cyprus is growing, and any real estate agent knows this. That is why the island has excellent professionals showing great investment alternatives for anyone who wants to buy a villa or a house.

Cyprus is an island for all tastes. That is reflected in the diversity of offers of things to do, feel, and enjoy. In addition, since taxes are lower than in other European countries, many inhabitants of Continental Europe have found here an excellent opportunity to settle after years of hard work. This leads them to look favourably on the Cyprus marketplace and thus make a long-term investment decision.

Much of the highlights of Cyprus history are in the Paphos Archaeological Museum (Read article After many years, the Archaeological Museum of Paphos opens its doors to the public), a site that covers approximately 10,000 years of history, with exhibits dating from the Chalcolithic period (8300 BC) to AD 1700.

The Sanctuary of Aphrodite (Read article The story behind Aphrodite’s birthplace), the House of Orpheus, the Sanctuary of Apollo, the Tomb of the Kings, and the House of Dionysus, among other sites, are part of the places that cannot be missed. The same happens with the ruins of Kástro Saránta Koló̱nes and the Castle of 40 Columns. In each of these places, one feels that one is transported in time, especially when the visits coincide with the allusive theatrical presentations. They are usually held in the summer, summoning a lot of people interested in enjoying these productions.

Biodiversity is another of the great attractions of Paphos. This leads to special care and dedicated attention in the preservation of certain places. In this sense, national parks play a fundamental role in the conservation and study of sites.

With all this and much more, Paphos also stands out for its entertaining nightlife, leading to some places in the city being lit up from sunrise to sunset. For example, several of the best sites in the renowned Bar Street have fun and have fun in this city that does not rest.

All of this has revolutionized the real estate industry in Paphos. Licensed estate agents offer a wide variety of resale properties to suit all tastes. Even some luxurious properties that Hollywood stars inhabit. Thus, high-quality properties for sale can be found in its construction. Undoubtedly, an excellent investment, much better than putting money in the stock market.

Over the years, Paphos has ceased to be a village with history to become a thriving city that looks to the Cypriot future and in the best way. In it, the modern and the old coexist, tranquillity and frenzy. It is all about finding the right rhythm with which everyone feels comfortable. It is worth saying that Paphos and its neighbor Palepafo were declared a World Heritage Site by UNESCO in 1980, due to the exceptional value, both historical and architectural, of its villas, palaces, tombs, fortresses, and theatres, among other constructions.